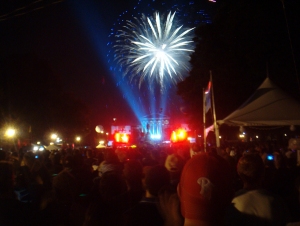 Philly has got you covered for the fourth of July weekend. Why you ask? Where else can you enjoy three consecutive nights of free outdoor concerts?

The weekend schedule according to Hip Hop Press :

Friday: In what has become a favorite annual event, Peter Nero and the Philly
Pops return to Independence Mall to kick off the long weekend with a
free, lively concert. In the shadows of Independence Hall, crowds
enjoy picnic dinners along with the showmanship of the Grammy®
Award-winning artist. Thomas Jefferson himself will make an appearance
to read the stirring words he penned 234 years ago. July 2, 8:30 p.m.
Independence Mall between 5th & 6th Streets and Market & Chestnut
Streets, (215) 409-6600, constitutioncenter.org.

Saturday: On Saturday, the music moves to the waterfront when Wachovia, A Wells
Fargo Company, presents the Philadelphia Orchestra Free Neighborhood
Concert at Penn’s Landing. The show will feature the world-famous
orchestra in an alfresco performance, along with a special appearance
by an unusual guest conductor, the Phillie Phanatic. Once the last
notes have faded, all eyes on both the Camden and Philadelphia sides
of the Delaware River will focus on the skies for a dazzling fireworks
display with the theme Heat. Attendees who guess the correct number of
heat-related references in the soundtrack will win seats to the Fourth
of July concert and fireworks. July 3, 8:00 p.m. Great Plaza at Penn’s
Landing, Columbus Boulevard at Chestnut Street, (215) 928-8801,
delawareriverevents.com

Sunday: The Roots bring their funky hip-hop riffs to their hometown for the
second Fourth of July in a row, while the Goo Goo Dolls  hit the stage
with their alt-rock hits. Chrisette Michele and Chuck Brown also lend
their stylings to the festivities. Then, it’s a mega-fireworks tribute
to The Land of the Free and the Home of the Brave. July 4, 8:00 p.m.
26th Street & the Benjamin Franklin Parkway. (215) 683-2200,
welcomeamerica.com

There are hundreds of napkin folds  but this one is a hit with the guys and girls. The bow is reminiscent of a men’s bow tie and a bow on a women’s dress. The napkin bow is by the wonderful Martha Stewart and I found the tutorial on Utterly Engaged

Hey guy, it’s well into the summer so I shouldn’t seen any more dark colors. You should shine just as bright as the sun with colors like pink, peach, powder blue, and lime green. If you haven’t packed away the navy blues, forest greens, maroons, and browns then get to it. Check GQ and Complex for style tips!

Sneakers, sneakers, and more sneakers. The sneaker craze isn’t just a summer thing. Sneaker fans buy all year long. Complex was impressed with this year’s selection of foot wear and being that the year is half way over they are presenting 25 of the best sneakers of 2010…well so far. Click here for the line up.

Though black music should be celebrated all year, we are wrapping up the celebration. I took some requests and I am loving them so here you go!

Customize Your Shoe At Upper Street

As advertised in this month’s issue of Marie Claire ( seen on page 46 at the very top; as shown above), you can now create your very own dream shoes. Yes ladies, it’s true! You are no longer confined to shoe stores. Let your creativity run free at Upper Street. Upper Street credits themselves as being “the made-to-order luxury shoe label where you can create your very own pair of unique designer shoes, and have them delivered right to your door.” Thanks to North London sisters Julia and Katy, you can choose from hundreds of different styles, colors, materials, and embellishments. Ladies, if this doesn’t make you happy, I don’t know what will. Get started at Upper Street’s website. 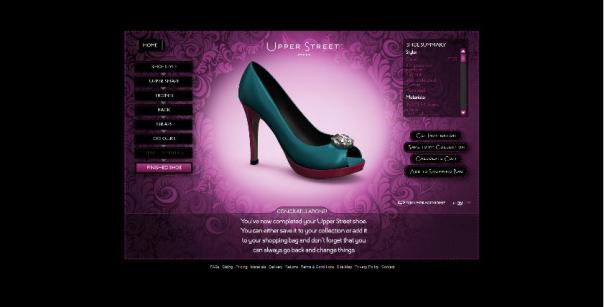 For almost a decade we have missed the sweet and spicy sounds of Lauryn Hill. She delivered a  classic, The Miseducation of Lauryn Hill, and disappeared soon after. Her songs still go hard at any party and get rotation on just about any radio station but her fans have been anticipating new material for years.

In a recent interview with Zoe Chace of NPR Lauryn speaks out about why she stop putting out music and getting back into the music game.

On why she stop putting out music:

“There were a number of different reasons,” she says. “But partly, the support system that I needed was not necessarily in place. There were things about myself, personal-growth things, that I had to go through in order to feel like it was worth it. In fact, as musicians and artists, it’s important we have an environment — and I guess when I say environment, I really mean the [music] industry, that really nurtures these gifts. Oftentimes, the machine can overlook the need to take care of the people who produce the sounds that have a lot to do with the health and well-being of society, or at least some aspect of society. And it’s important that people be given the time that they need to go through, to grow, so that the consciousness level of the general public is properly affected.  Oftentimes, I think people are forced to make decisions prematurely. And then that sound radiates.”

On getting back into the music industry:

“I don’t know if you know this, but I have five children,” she says. “The youngest is 2 now, so she’s old enough that I can leave her for a period of time and know she’s going to be OK. That’s one reason [Hill is starting to perform again]. And I think it’s just time. I’m starting to get excited again. Believe it or not, I think what people are attracted to about me, if anything, is my passion. People got exposed to my passion through music and song first. I think people might realize, you know, ‘We love the way she sounds, we love the music, but I think we just love how fearless she is. How boundless she is, when it comes to what she wants to do.’ And I think that can be infectious.”

This article was beautifully written so read more at NPR 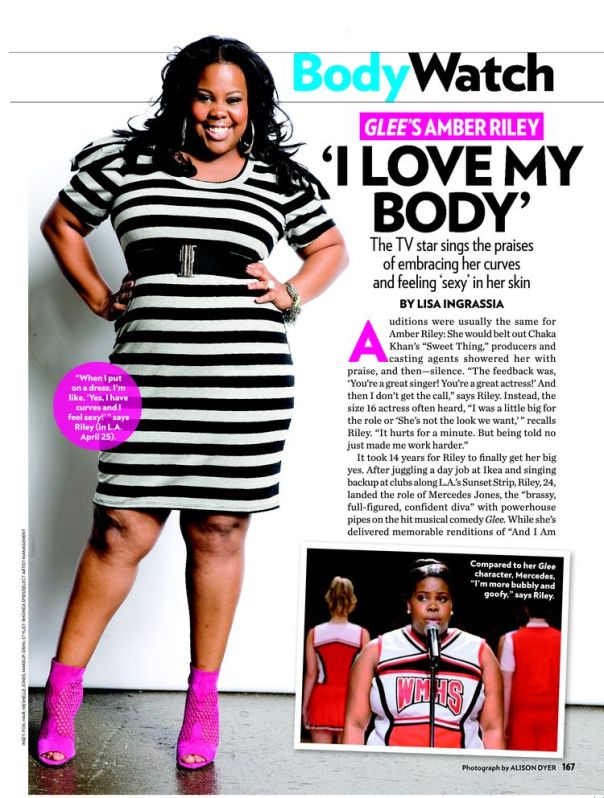 Glee actress, Amber Riley lit up People magazine showing off her curves. Riley is only a part of what I like to call the women have curves movement. There has been a misconception that thick girls are not fashionable but thanks to women like Riley, Queen Latifah, and Toccara there are now positive, beautiful, and sexy images in the media of curvy women. I applaud Amber Riley and I applaud all efforts to embrace all body types.

NaKIMuli (nah-KIM-u-lee) is a label designed for young women and designed by Tennille Nakimuli Shanae McMillan, “America’s Funky Sweetheart”.  McMillan’s design are fashion forward, bold, unique, and beautiful. What more could you ask for? At http://www.nakimuli.com you will find skirts, dresses, leggings, tops, jackets, accessories, and lots more. I love her designs because I am in love with patterns and prints. Although I only named one, there a many more reasons to love naKIMuli. Check out the naKIMuli website and then head back here to tell me why you love this label? 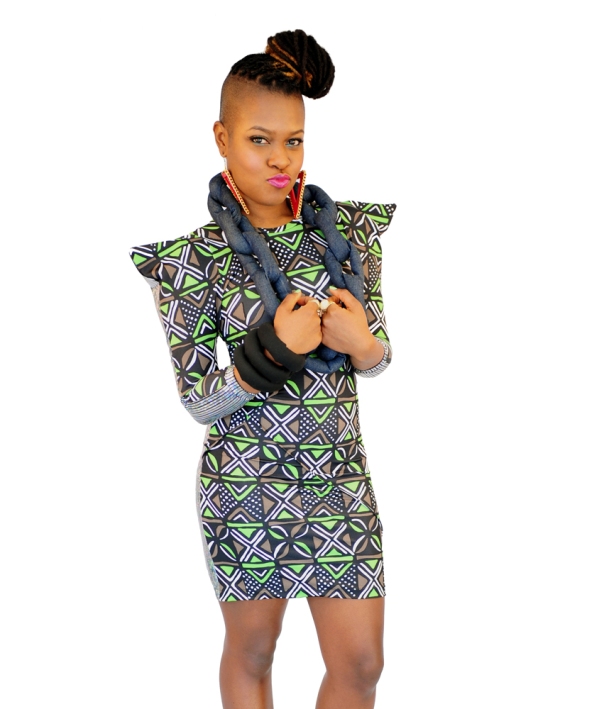 I am so sure that we all know every line in every episode of the fan favorite sitcom, The Game. BET made sure of that with their daily reruns of the canceled show. We were all pleased to hear that BET picked up the show after the CW dropped it and one year of protesting from angry fans.  We complain about the reruns but continue to watch them only in anticipation that the reruns will cease soon. Thankfully, the sitcom’s cast let us know just how soon during the 2010 BET Awards pre-show. The show will begin taping in October and will air January 2011.  I am excited! How about you?